Looks like all the chips have cashed in at Lake FUBAR – 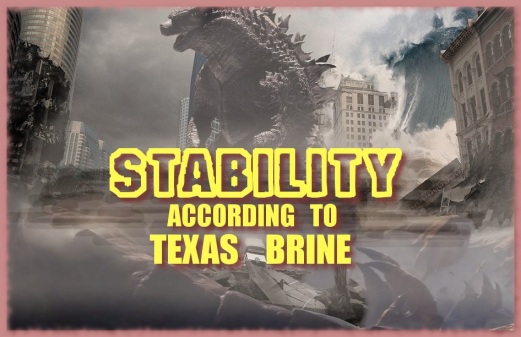 Julie Dermansky Photos of ruined Bayou Corne:  Ghost Town Left in the Wake of the Bayou Corne Sinkhole in Louisiana

We have to ask: Why aren’t they using infrared mapping at Lake FUBAR to show what is going on with the cap rock and collapsing caverns?  News item: Researchers discover second lost city of Monkey God in Jungle of Honduras

Scientists from the US, the UK, and Honduras using infrared mapping believe they might have discovered a second fabled lost city in the Jungles of Honduras where Monkeys were worshiped as gods.

“Unearthed articles from the 1960s detail how nuclear waste was buried beneath the Earth’s surface by Halliburton & Co. for decades as a means of disposing the by-products of post-World War II atomic energy production.”

“. . . . Alleged fracking links to the contamination of the public water supply and critical aquifers, as well as ties to earthquake upticks near drilling locations that are otherwise not prone to seismic activity have created uproar in the years since the 2005 “Cheney loophole,” which allowed the industry to circumvent the Safe Drinking Water Act by exempting fracking fluids, thus fast tracking shale fracking as a source of cheap natural gas.”