“The June 2018 forecast of the size of the hypoxic zone also known as the ‘dead zone’ in the northern Gulf of Mexico for late July 2018 is that it will cover 17 250 km (6,660 mi) of the bottom of the continental shelf off Louisiana and Texas. The 95% confidence interval is that it will be between 14 628 and 19 727 km (5 648 and 7 617 mi). While there are more than 500 dead zones around the world, the northern Gulf of Mexico dead zone is the second largest human-caused coastal hypoxic area in the world.

Hypoxia, or low oxygen, is an environmental phenomenon where the concentration of dissolved oxygen in the water column decreases to a level that can no longer support living aquatic organisms “. . . (more)

A good summary of the story so far, from the Daily Mail [UK]

“A recent expedition to the Gulf of Mexico has yielded the largest ‘dead zone’ ever recorded in the area. Measuring 8,776 square miles, this massive patch of oxygen depleted water is wreaking havoc on the Gulf’s marine life – a consequence of unchecked agricultural runoff pouring down from the Mississippi River. Dead zones appear in the Gulf every summer, and the typical size is around 5,800 square miles. Back in 2002, scientists detected an unusually large dead zone stretching for 8,497 square miles, but this new one, detected just last week, is now the largest ever recorded. At a whopping 8,776 square miles (22,730 sq km), it’s 4.6 times larger than the target size set by the Gulf Hypoxia Task Force. In the words of the National Oceanic Atmospheric Administration, this finding shows that “nutrient pollution, primarily from agriculture and developed land runoff in the Mississippi River watershed is continuing to affect the nation’s coastal resources and habitats in the Gulf.” Hypoxia is a fancy term for low oxygen, and it’s primarily a problem for estuaries and coastal waters . . . . “  (more)

“Scientists have found this year’s Gulf of Mexico dead zone, an area of low to no oxygen that can kill fish and marine life, is, at 16 767 square km (6 474 square miles), above average in size and larger than forecast by NOAA in June. The larger than expected forecast was caused by heavy June rains throughout the Mississippi River watershed, NOAA reports.”

This could be absolutely explosive information.  I have resided in this area since 1994 and have never witnessed such a very specific aircraft flyover in order to patrol the coast, and possibly even drop ordiance, even for training.  This video was filmed ‘near’ an Air Force Base but it’s not a very active base.  .  . (story has video)

In the news recently there are some items about Russia extending its war games field. It could be a reaction to US/NATO threatening Russia with actions in Poland. So it isn’t startling that Russian vessels are in the Gulf.

. . . . but maybe they are examining the Gulf for methane, oil leak impact or other thing related to Louisiana.

The NRC is pulling a fast one that will affect the Gulf coast states. Nuke plant danger looms and liability can get dumped on taxpayers if this flim-flam goes through. Mining Awareness has the story – Nuclear Reactor Licenses: US NRC can’t figure out to whom they are being transferred- Urgent Comment Deadline  This article has docs from Louisiana Power LLC. And he says it is urgent because the public comment on it is only open til Jan. 2.

You can spread the story around with this small url: http://tinyurl.com/k9ln24n

The price of shrinking the Gulf of Mexico dead zone

Louisiana is the most disaster-prone state

Texas Brine has a July 8 DNR update and letter (has data). They hide this info from the ‘response’ page for the residents. P. 6 of the letter has this –

They leave ‘Notes’ blank without mentioning monitor  minders driving by fast with the windows rolled up!

NOTE: Ship Shoal Oil Spill stories are all getting added onto the original post.

Great Lakes pesticides comeing down the Miss. River after killing off Lake Erie…. 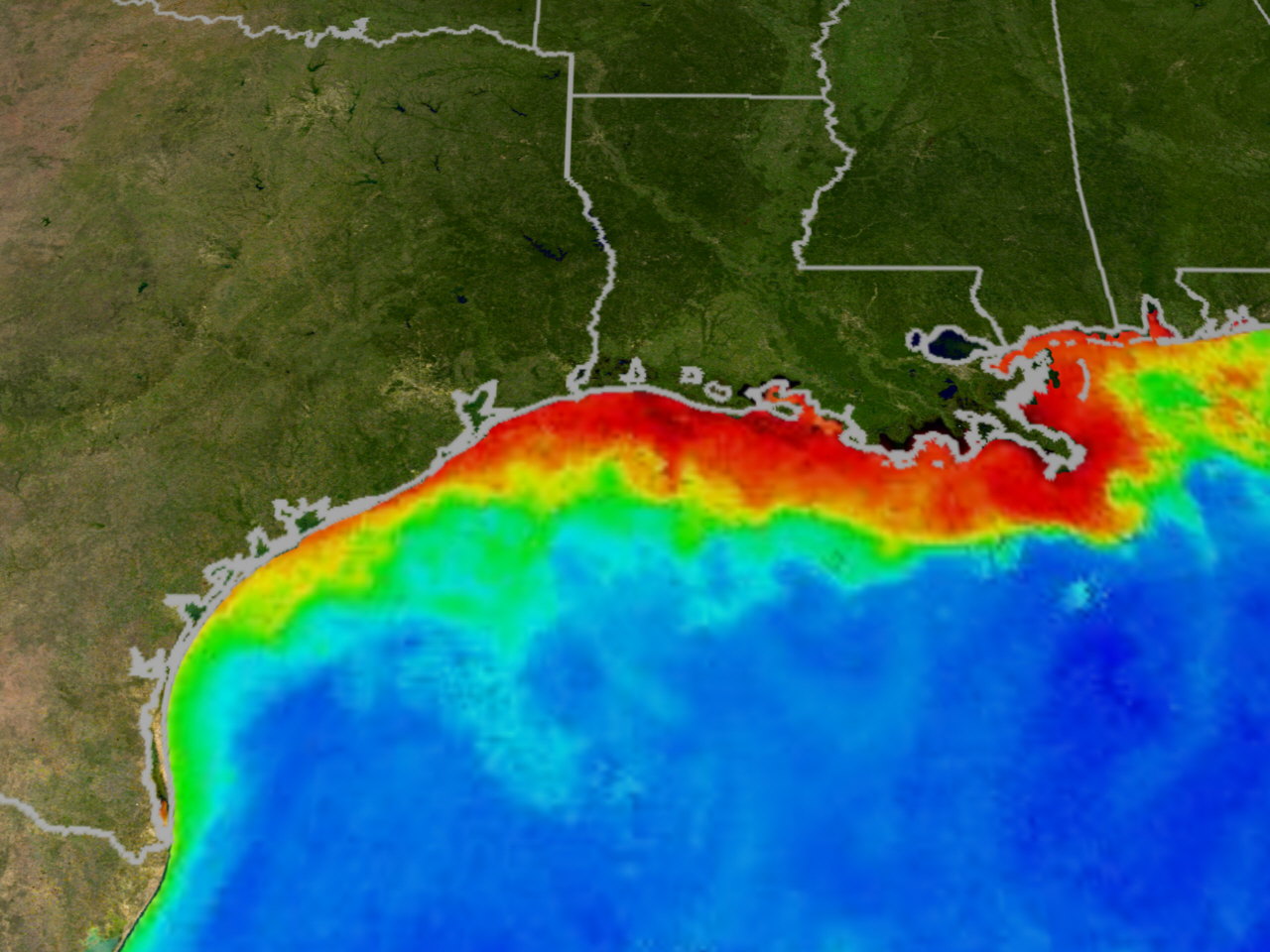 June 20, 2013– GULF OF MEXICO – Scientists are expecting a very large “dead zone” in the Gulf of Mexico and a smaller than average hypoxic level in the Chesapeake Bay this year, based on several NOAA-supported forecast models. NOAA-supported modelers at the University of Michigan, Louisiana State University, and the Louisiana Universities Marine Consortium are forecasting that this year’s Gulf of Mexico hypoxic “dead” zone will be between 7,286 and 8,561 square miles, which could place it among the ten largest recorded. That would range from an area the size of Connecticut, Rhode Island and the District of Columbia combined on the low end to the New Jersey on the upper end. The high estimate would exceed the largest ever reported, 8,481 square miles in 2002. Hypoxic (very low oxygen) and anoxic (no oxygen) zones are caused by excessive nutrient pollution, often from human activities such as agriculture…