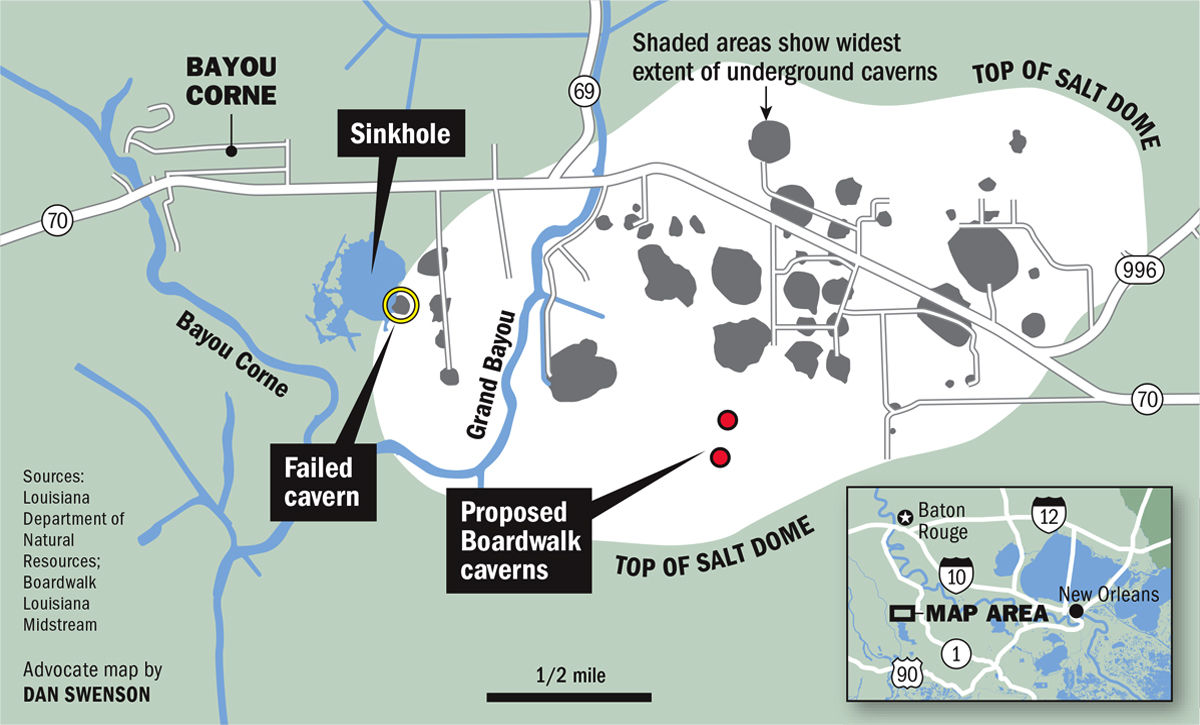 Fix those helicorders! They are ALL turned OFF since Nov. 4 and most are broken!

How can authorities guarantee the safety of Louisiana water, Bayou Corne neighbors and the national gas supply if you have NO monitors at this dangerous caved-in salt cavern next to huge butane storage tanks?

Mittens sent in this Oil & Gas THREAT MAP link. It is now on the MAP page near the bottom.

“Shintech Louisiana wants to start drilling another salt dome near the site of the sinkhole in Assumption Parish.”

If you think there have been a lot of sinkholes worldwide past few weeks you are right.
http://thewatchers.adorraeli.com/category/sinkholes/

The revised date on the survey is Mar. 3 and the profile is from Feb.

The flooding continues – see posts below for info links

Reader, Walter thinks a second sinkhole is forming. It sure looks like it!
(see comments)

This big quake shook up the helicorders after 7 a.m. today [CST] –

As Walter said, “What fell down?”.

NOTE: On the Yellowstone blog, YS watcher, Mary Greeley says the USGS is turning the helicorders there on teeny tiny setting. – F.C.

UPDATE: On River Bend NPP in the post about nuke plants and the flooding.

Scroll down to the NEWS post for info on the big plan to open-burn old explosives in Louisiana.