This repost is because K.M. sent this video in about the Nordstrom pipeline bombing ….

NOLA.com – Fire erupts over Lake Lery after loose barge hits pipeline in St. Bernard Parish
There were no immediate reports on injuries “Chile’s Mining Minister Marcela Hernando told reporters on Tuesday that those responsible for a huge sinkhole near a copper mine in the northern region of Candelaria will face harsh “penalties and not just a fine”.”

Too bad Lake Fubar didn’t have this outcome …

” . . . Chinese spelunkers were astonished after discovering a massive 630-foot sinkhole that harbored a forest at the bottom — and possibly other life-forms — like something out of “The Lost World.” The pit is one of 30 known sinkholes located in Leye County, South China’s Guangxi Zhuang Autonomous Region, Xinhua News Agency reported.
“I wouldn’t be surprised to know that there are species found in these caves that have never been reported or described by science until now,” Chen Lixin, who led the Guangxi 702 cave expedition team that discovered the chasm, told Live Science.
The team discovered the capacious crater Friday, descending 328 feet and then hiking several hours to reach the base of the capacious crater a la “Journey To the Center of the Earth.” They then returned safely to the surface that same evening.” . . .(more + PHOTOS)

A cave exploration team discovered a giant sinkhole in southern China, bringing the number of such sinkholes in the county to 30. pic.twitter.com/kkYRYoT8Bw

“The tornado touched down at approximately 19:35 CDT in a New Orleans suburb and then moved east across the Mississippi River into the Lower 9th Ward of New Orleans and parts of St. Bernard Parish before moving northeast. It was on the ground for about 15 minutes.”

The Advocate – Tornado that struck Arabi, New Orleans East was at least an EF3: weather service 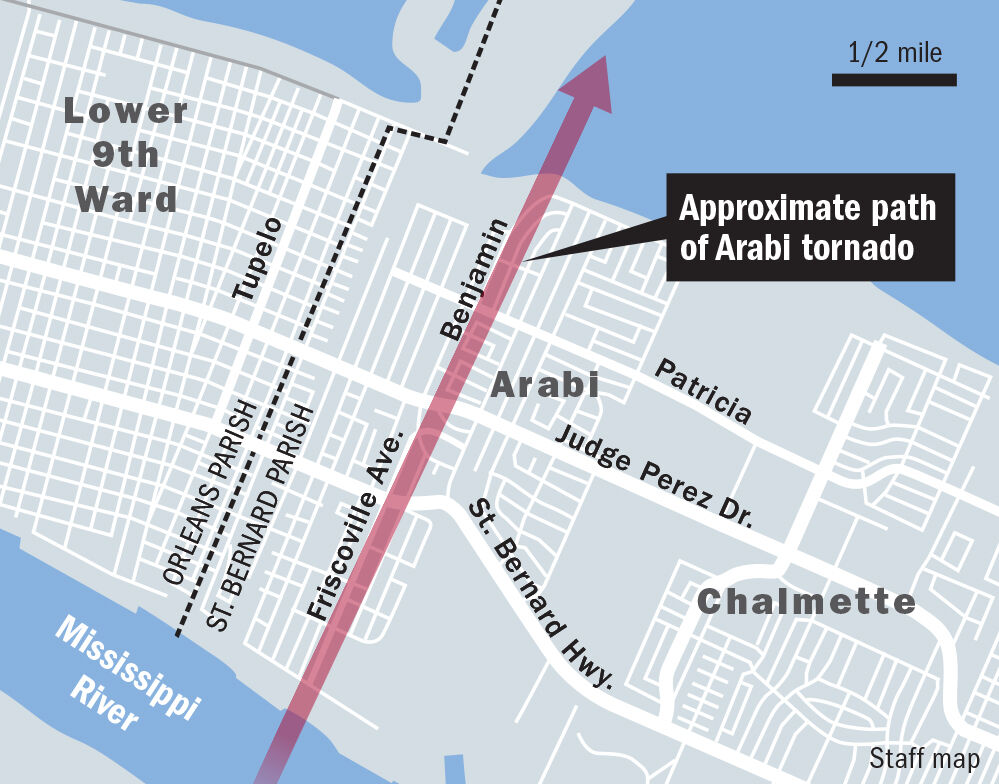